In the city of Edinburgh in 1947 eight theatre groups turned up in uninvited wanting to perform at the (then newly formed) Edinburgh International Festival, an initiative created to celebrate and enrich European cultural life in the wake of the Second World War. Not being part of the official programme of the International festival didn’t stop these performers – they just went ahead and staged their shows anyway. Year on year more and more performers followed their example and in 1958 the Edinburgh Festival Fringe Society was created in response to the success of this growing trend.

Brighton Festival had the same thing happen in 1967 when it began, but it incorporated the ‘open access’ part of the festival within its programme until 2002 when it became the Fringe we know today. Similarly Adelaide Fringe began in the early 1970s as a reaction to the Adelaide Festival of Arts. The two festivals then went on to join forces and become one. 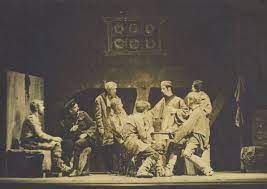 Since then hundreds of cities have seen the same organic phenomenon of Fringe festivals forming. This booming Festival sector has picked up the pace in recent years as we see more and more new Fringe Festivals begin.

2010 to today – another 158 Fringe Festivals opened taking us to approximately 300 across the globe today!

New Fringe Festivals are starting all the time

What is missing is those Fringes that have closed. The sobering number is 1 in 3 Fringes close.