World Fringe Congress is a bi-annual meeting of Fringe producers, managers, directors and leaders. The aim of the congress is to strengthen the World Fringe sector through learning, sharing and collaboration.

Keep up to date with World Fringe Congress’s using #FringeCongress 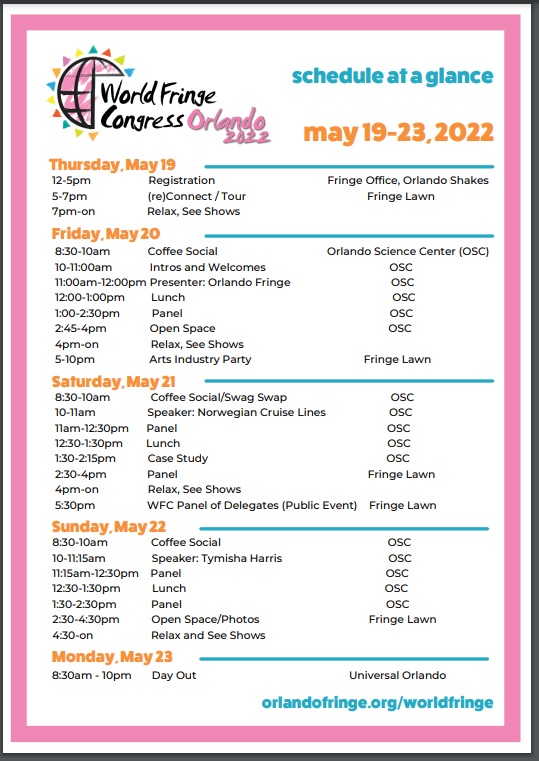 World Fringe Congress 2014 was part of the Culture 2014 programme, which accompanied the Commonwealth Games which took place in Glasgow, and was funded by the City of Edinburgh Council, Creative Scotland, EventScotland and British Council Scotland.

Hear what the 2014 delegates have to say about attending the World Fringe Congress.

The inaugural World Fringe Congress took place in Edinburgh between 16 and 19 August 2012 and was attended by 74 delegates representing 47 fringe festivals from 16 countries across 6 continents.

The 2012 World Fringe Congress was part of the London 2012 Festival, the cultural celebration around the Olympic Games, and was funded by the City of Edinburgh Council, Creative Scotland and British Council Scotland.

The panel discussions and workshop sessions were recorded and are freely available as a resource for anyone working at or interested in Fringes.